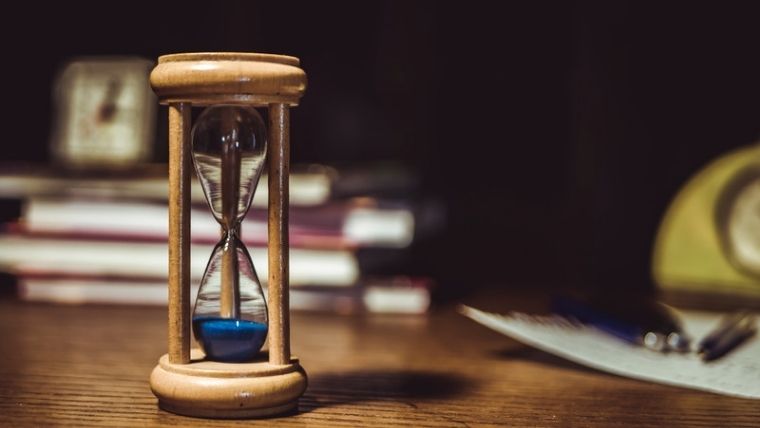 How has education changed over time?

It’s an important question to ask for a number of reasons. Most importantly, seeing how education has evolved can help us better understand the ways in which things in our education system have improved or declined and can help prepare us for where things are headed.

There have been a lot of changes in the way that students learn over the last hundred years.

Everything has changed, from the way we design classes to teaching methods to who we share our classrooms with.

Many of the changes over the last century have sought to make classrooms in the United States places where anyone can learn.

Even the coronavirus pandemic did not become a problem because online learning came to the rescue (I wrote about its two styles in a previous article).

Looking back over the last century shows how far we’ve come and makes us dream of even more exciting changes to come!

A History of Learning

From mandatory schooling for children under 18 to the distance learning revolution, the last century has seen so many changes in the way kids learn in the American education system! Let’s take a look at just a few of the most significant ways that education has changed in the last 100+ years.

It’s hard to imagine a time when kids under the age of 18 weren’t required to go to school every day, but before 1852, the decision of whether to send kids to school was up to their parents!

This began to change when Massachusetts, recognizing the importance of education, became the first state to pass a mandatory educational law. This law required every town to offer primary school and fined parents who refused to send their children for schooling. Before this, parents were often required to pay for tuition and books if they wanted to send their kids to school. This led to a stark class divide in which only children from wealthier families were able to achieve an education.

Requiring that states offer public education for free was an important step toward equality in education for people of all socioeconomic backgrounds.

For a long time, children of poor families were forced into working in factories, mines, or myriad other places that would take advantage of their youth to pay them a pittance in exchange for difficult and often dangerous work. These jobs kept children from lower-class families out of school.

In the early 20th century, child labor laws began to be enacted that made it illegal to employ children, allowing more children to attend school during their formative years. What Massachusetts started in 1852, Mississippi finished in 1917 when it became the last state to pass its mandatory educational law. This meant that every child in the United States was required to attend school and every city and town had to provide this schooling to its children.

The Tennessee v. John Scopes trial in 1925 was one of the most prominent court cases in history to center on education.

Teacher John Scopes stood accused of violating a Tennessee law that forbade the teaching of evolution in public schools, favoring instead a creationist view. While Scopes was found guilty, the verdict was later overturned.

This case was a pivotal moment for education as it drew national attention to the issue of evolution as part of a public-school science curriculum—a debate that is still ongoing in some places. In the 1930s, the Great Depression hit the country, leading to the closure of many public bus lines. This made it difficult for children to get to school. This disproportionately affected poorer students whose parents lacked private transportation.

The loss of public transportation led to a new innovation in schools: bus transportation specifically for school students. These dedicated buses made it easier for students to get to school each day.

Even when the Great Depression was over, its effects continued. Many families still struggled to put food on the table, and many students were coming to school hungry.

Recognizing that it is difficult to learn with an empty stomach, the federal government passed the National School Lunch Act. This legislation created free and low-cost lunch programs for students who came from low-income families, ensuring that they got at least one meal each day. In 1954, it became unconstitutional for schools to segregate students on the basis of race. This was one of the most revolutionary changes for United States schools in the country’s history.

When the Soviet Union launched Sputnik, the first satellite to orbit Earth, many became concerned that the Russians were more advanced in science, technology, engineering, and math.

Not wanting to lose the Space Race, legislatures passed the National Defense Education Act in 1958. This law provided additional funding to schools at all levels to improve the standards of American education, particularly in the STEM fields. Also known as Title One, the Elementary and Secondary Education Act was passed in 1965. This law attempted to created equality in elementary education and secondary education by redistributing funding to schools in lower income areas. The goal of the law was to decrease achievement gaps between students from high-income and low-income families by providing new resources to students in poorer neighborhoods.

In 1972, the United States Congress passed Title IX of the Higher Education Act. This act prohibits discrimination against students in federally funded schools on the basis of sex. This meant that female students could not be prohibited from accessing any school, resource, or activity at a publicly funded school. This law went a long way toward creating equal opportunities for girls in school. In 1983, a commission of experts published the Nation at Risk report. This report indicated that American schools were failing to adequately prepare students. The report made numerous recommendations for how schools should be teaching students. These recommendations became the first mandated educational standards in the US. 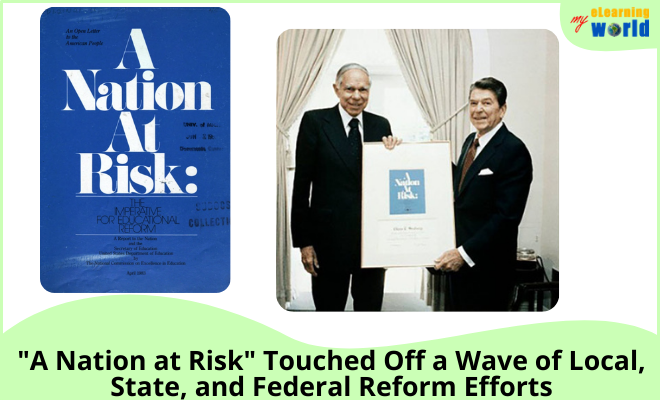 The No Child Left Behind act attempted to finish what the Nation at Risk standards began. This act created a set of federal grade-appropriate standards for each subject area. Teachers are required to conform their lessons to these standards and prove that their students have mastered indicated concepts through standardized testing. This act is one of the most controversial education reforms in US history.

The implementation of Common Core sought to fix some of the problems that schools encountered with No Child Left Behind. With Common Core, states are able to set the standards for the skills students should achieve instead of adhering to federal standards.

With science, technology, engineering, and math becoming more and more important in an increasingly technology-driven world, US schools need to keep up with the demand for STEM skills.

The Next Generation Science Standards sought to create a set of standards for STEM education in K-12 schools to better prepare students for careers in these fields. The standards were created based on research so that the most relevant skills would be prioritized. While setting standards for education are an important first step, many schools struggle to implement standards because of a lack of resources. The Race to the Top initiative of 2015 sought to overcome this hurdle by providing schools with grant money to help them adopt standards, provide professional development for teachers, and obtain necessary resources to improve their students’ learning.

An offshoot of Montessori schooling, outdoor preschools were developed as a way to help the youngest students learn through discovery.

In these schools, the role of the teacher is to guide students unobtrusively, letting their natural curiosity drive their learning. In 2020, the world was devastated by the Covid-19 pandemic. Schools hastily closed their doors to decrease the spread of the disease.

As the pandemic raged on for far longer than anyone anticipated, schools were faced with the challenge of finding ways to educate students from the safety of their own homes.

Students and teachers fought through the hurdles of distance learning, developing many new educational methods in the process.

Schools began to reopen after the coronavirus pandemic hit the world a year before. According to the latest data, only 20% of students continue to study remotely. Will virtual learning continue to grow and become the standard going forward? Only time will tell.

The Future of Education

The past couple of years have let us think about the future of our education, and some experts identify three important aspects that will affect the educational system in the coming years.

At first, as technology became an important part of our communication, we, educators, need to be critical of how to apply technology in the right way.

Next: the role of the teacher in the educational system is indispensable. The future will depend on how much we are willing to invest in school personnel and all this additional support in the school that essentially makes learning possible.

And the last idea is that new knowledge and innovative research must be part of the public debate to truly shape the policies and practices that affect the future of education.

From Socratic classrooms to virtual schooling, there have been amazing advancements in the way that students learn.

Scientists are perfecting new technology every day, so who knows how students will learn in another 100 years?

School classrooms should be a place where everyone can learn to build a better future for all of us.

Despite the changes of the last century, there’s still so much more that could be done to advance education for all. If we all keep our minds on progress, there’s no limit to what we can accomplish!

2 thoughts on “How Has Education Changed Over Time in the Last 100 Years?”